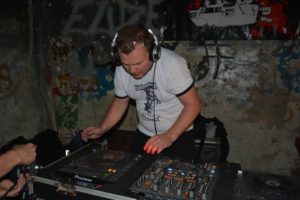 Name: Michał Felkowski
Status: aktywny
Role: DJ / producent
City: Łódź
Bio: Born 30.12.1983 in Łódź. Fanatic of hardcore sound since his first Terrordrome album in 90s. From 1998 he produces hardcore music, mostly terror and speedcore. He published his tracks in his own label “Devastation”. From 2002 he begins djing in Europe. In 2006 his track appeared on BDR-Vinyl02 vinyl by Braindestruction Records. After few years of abscence he returns to being active party of terrorcore.pl and plays at underground parties in Poland. 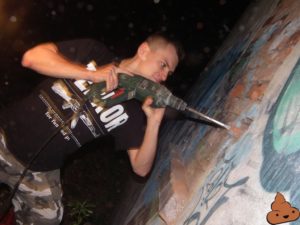 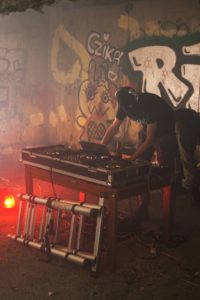 Status: active
Role: DJ / producer / SS
City: Łódź
Bio: Born in 1985, maniac of black metal, synthwave and speedcore. From first Mordownia active member of our group, supporting it with SoundSystem. At the begining he only participaid in parties as an fan, then as a DJ and in 2017 he released his first track at Speedcore World Wide album. He has large archive of unreleased music from hammering speedcores to psychodelical melodic splitters. 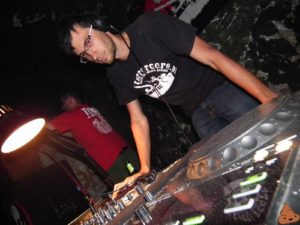 Status: active
Role: DJ
City: Siemianowice Śląskie
Bio: Man of many faces. In the day steady family head, spider man climbing on transmitters, at night soldier of silesian special forces of terrorcore.pl. His journey with heavy music begined in playing at hardforum.eu parties in 2011 but his hunger started growing. After traumatic experience at famous Audio Damage party in Zagansk at 2009 (meeting with flying chairs and hurican Zakk) he known, that only way to satisfy his hunger is to join our crew. He played major role in organisation of our stage at Silesia in Love parties. 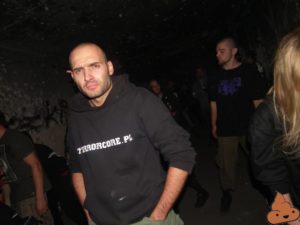 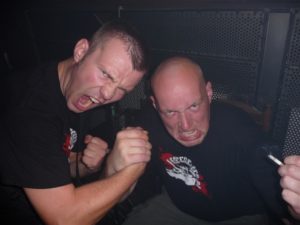 Status: inactive
Role: DJ / producer
City: Wrocław/Chełm
Bio: One of a founders of terrorcore.pl, previously together with the Shocker he created collective Helletic Records. Author of one of an polish hits, “ATC my Ass”. Currently active parent and inactive at the scene.